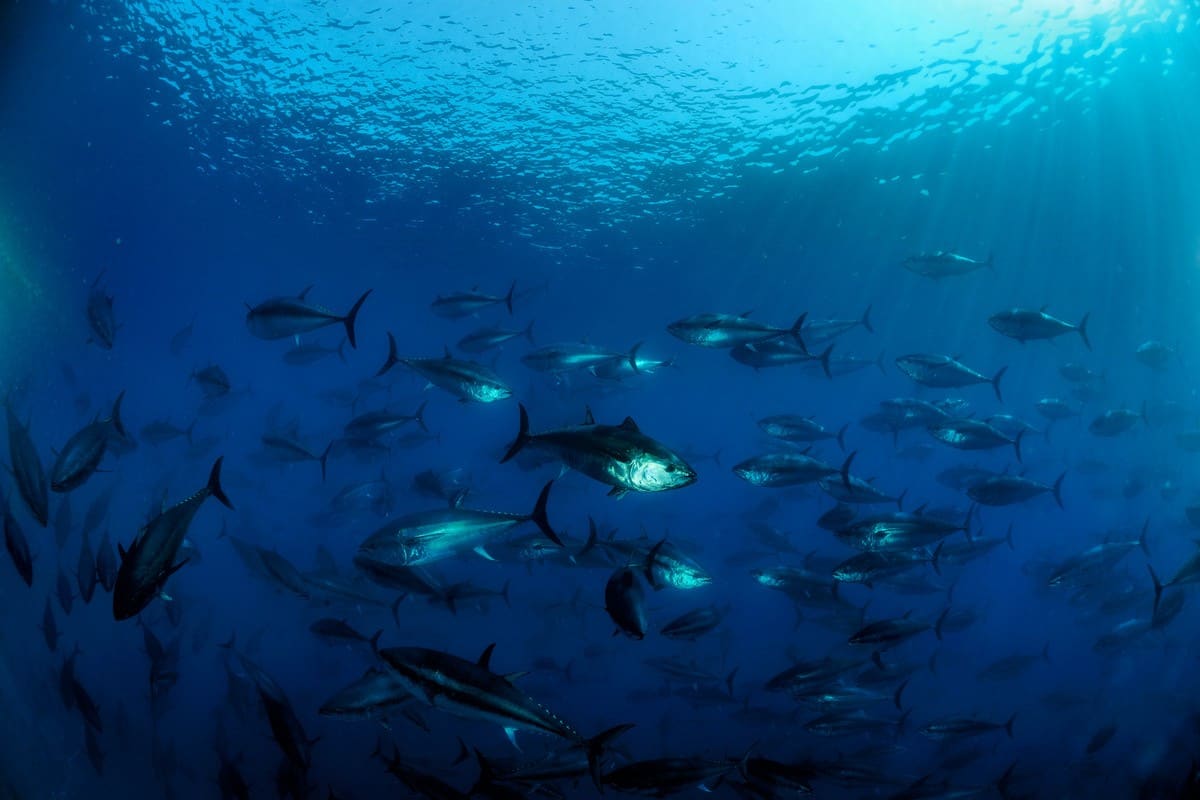 On World Tuna Day, 2 May, we recognize the food security and economic benefits of these species. But we also must recognize the importance of keeping thriving tuna populations in the ocean, where they perform vital services.

In the dark days of 2020, as masked shoppers loaded up on staples to weather pandemic lockdowns, two items flew off the shelves: tuna and toilet paper. All of a sudden, the humble can of tuna was a buffer against uncertainty.

While we haven’t seen the last of COVID-19, most shoppers have stopped panic buying. Across much of the world, people feel free to take or leave that can of tuna. But in many other places — particularly coastal communities and islands — tuna is a staple every day. It is an essential component of food security and nutrition, a driver of employment and economic development, a source of recreation and cultural identity. It is therefore unacceptable that the tuna industry — worth tens of billions of dollars — is driven by incomplete data that could result in stocks collapsing.

How much of the tuna we consume is from healthy stocks? Quite simply, we don’t know. Most data used to understand the health of tuna stocks comes from what individual countries provide to regional management organizations (RFMOs). The United Nations’ Food and Agriculture Organisation provides guidance based on three categories: overexploited, fully exploited and non-fully exploited. These categories do not explicitly affirm that a stock is healthy; rather they assess whether fishing impacts are causing the stock to be overexploited, which would be “unhealthy.” What comes out is a fairly positive picture: 87.6% of the catch comes from stocks at healthy levels. So a stock could be called “healthy” right up until it crosses the threshold of overfished. It’s like thinking your petrol tank is full, when really you’re running on fumes. 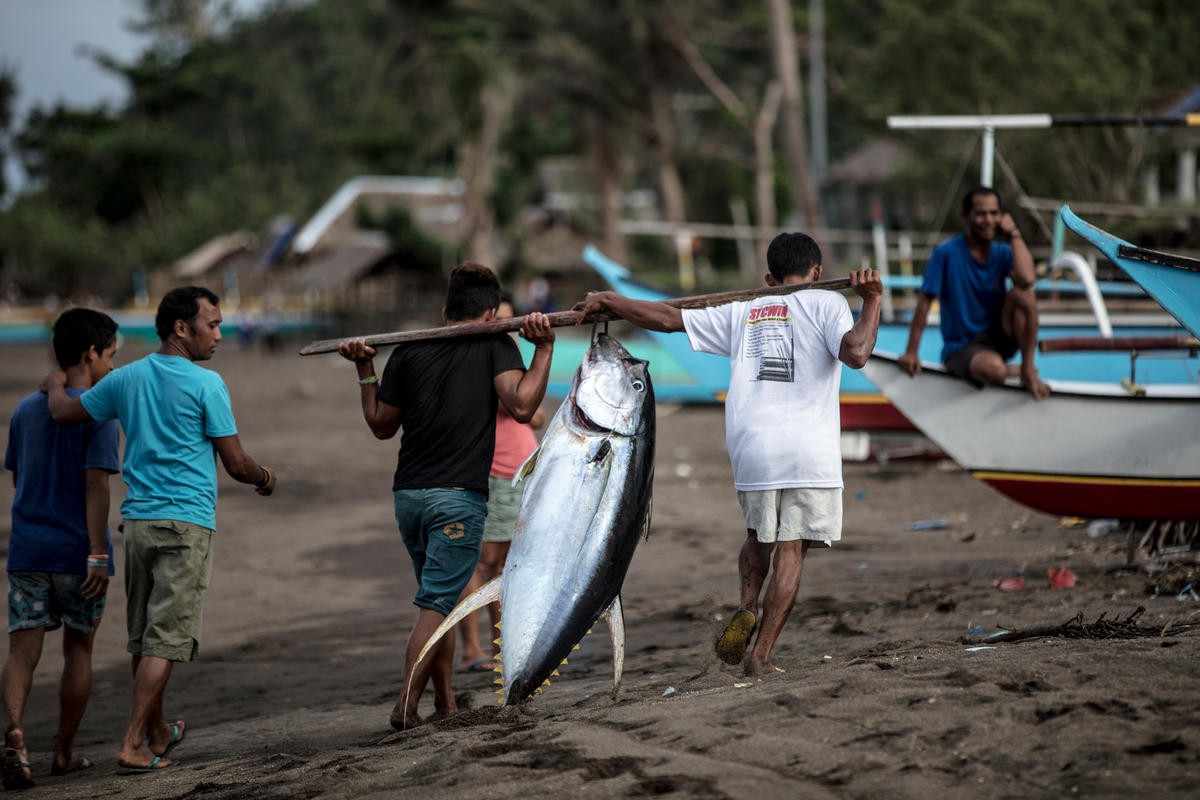 Fishermen in the Philippines with an 80kg tuna. Such large fish are increasingly rare. ©James Morgan / WWF

WWF examined the status of 23 tuna stocks most often caught and found that for three of the tuna stocks, the spawning stock biomass (SSB) levels could not be determined; in six cases it was not possible to determine the percentage of current spawning biomass in relation to unfished biomass. Collectively these are known as “data deficient” fisheries. This is simply too much missing information for science-based policymaking

Where data is known for stocks, nearly half of the stocks were below the 40% unfished spawning biomass level, and approximately one-third of stocks were at or below the SSB 20% — the FAO limit of overexploited, meaning overfished. The State of the World Fisheries and Aquaculture reports that 66.6% of the world’s tuna fisheries are considered within biological limits and 33.3% are fished at biologically unsustainable levels.

So, while much of the world’s tuna catch may be from sustainable stocks, the claim of almost 90% could generously be called over-optimistic. What nations are reporting to the RFMOs, and the subsequent assessments and classifications of the stocks, do not reflect what is happening in the ocean.

How does WWF address tuna stock health and sustainability?

WWF’S global tuna strategy aims to bring the exploitation of tuna for food and as a source of revenue by industrial and artisanal fisheries into balance with their fundamental role in ecosystem maintenance. WWF’s approach is focused on ensuring that all tuna stocks are rebuilt by 2040 to optimal biomass levels, defined as a spawning stock biomass of at least 40%, and bycatch of endangered, threatened and protected species is eliminated.

We believe this level of the spawning biomass is needed as a buffer against the uncertainty of the impact of climate change. We need more and bigger fish in the tuna biomass to undertake important ecological maintenance actions, like bringing nutrients from the deep ocean to the surface, where they are accessible to plankton. Plankton plays a key role in the ocean’s ability to absorb carbon from the atmosphere. It is hard to argue against having more mature spawning fish in any population, and with the uncertainty of climate and the poor quality of some fisheries data, more spawners are certainly better than fewer spawners.

WWF is pushing RFMOs to improve management measures to rebuild stocks at low spawning biomass levels, to reduce the catch of juveniles that haven’t had a chance to breed yet and to reduce the use of detrimental tuna fishing gear that harms endangered, threatened and protected species, such as dolphins, turtles, sharks and seabirds. Our engagement with market partners and actors is similarly aimed at guiding retailers to source fish from healthy tuna stocks. WWF aims to halt the downward spiral of large marine species and bend the biomass curve up for tuna populations by changing the current paradigm of fisheries management and charting a course toward more sustainable, inclusive and efficient resource management. Suppliers and retailer must commit to verifiable and traceable tuna products and remove illegal, unreported and unregulated (IUU) tuna from the supply chain. The elimination of poor labour practices and human-rights abuses in supply chains will complete the definition of “sustainable tuna fishery.” 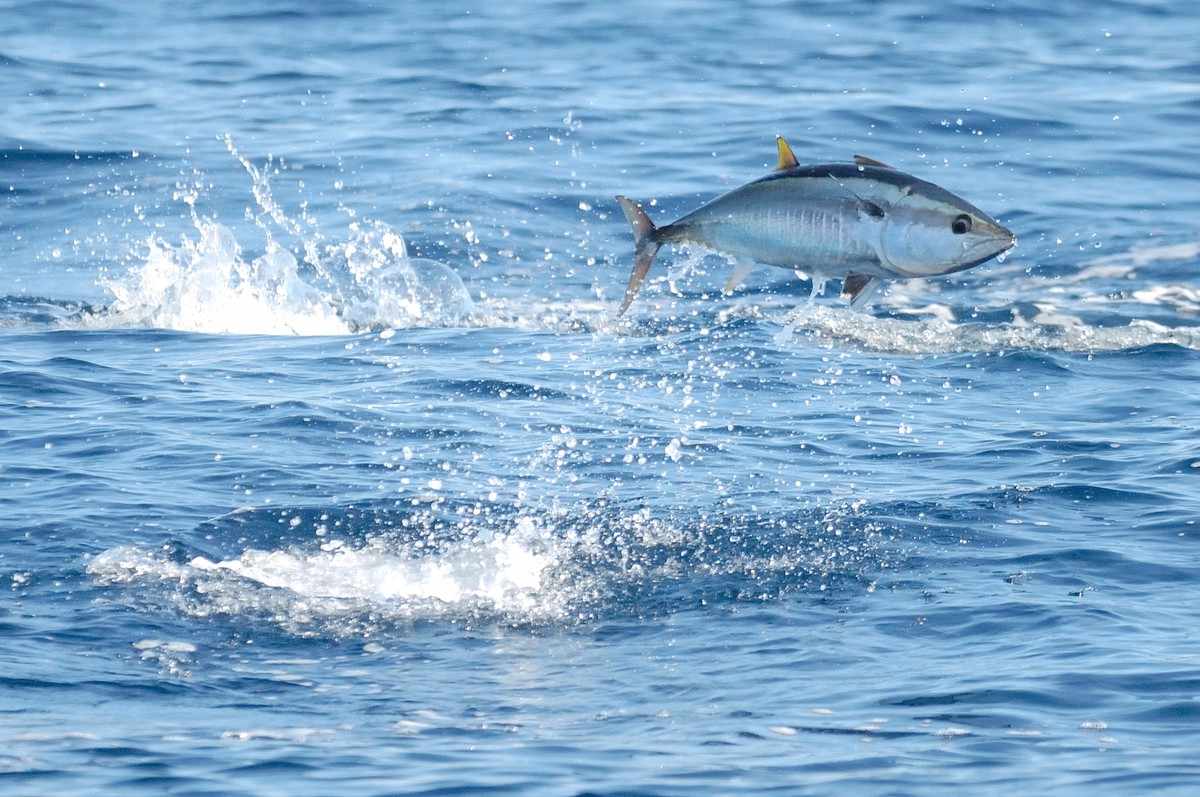 However, as important as species-based conservation is, it is a component of the larger goal of a healthy ocean. Right now, the way we are fishing for tuna is having a devastating impact on oceanic sharks and rays. The health of apex predators and ocean megafauna is extremely important to the health of the ocean in terms of nutrient transfer and other ecological services. A severe imbalance in ecosystems, such as the dramatic reduction in apex predators, will harm tuna fisheries as well as the ocean at large. 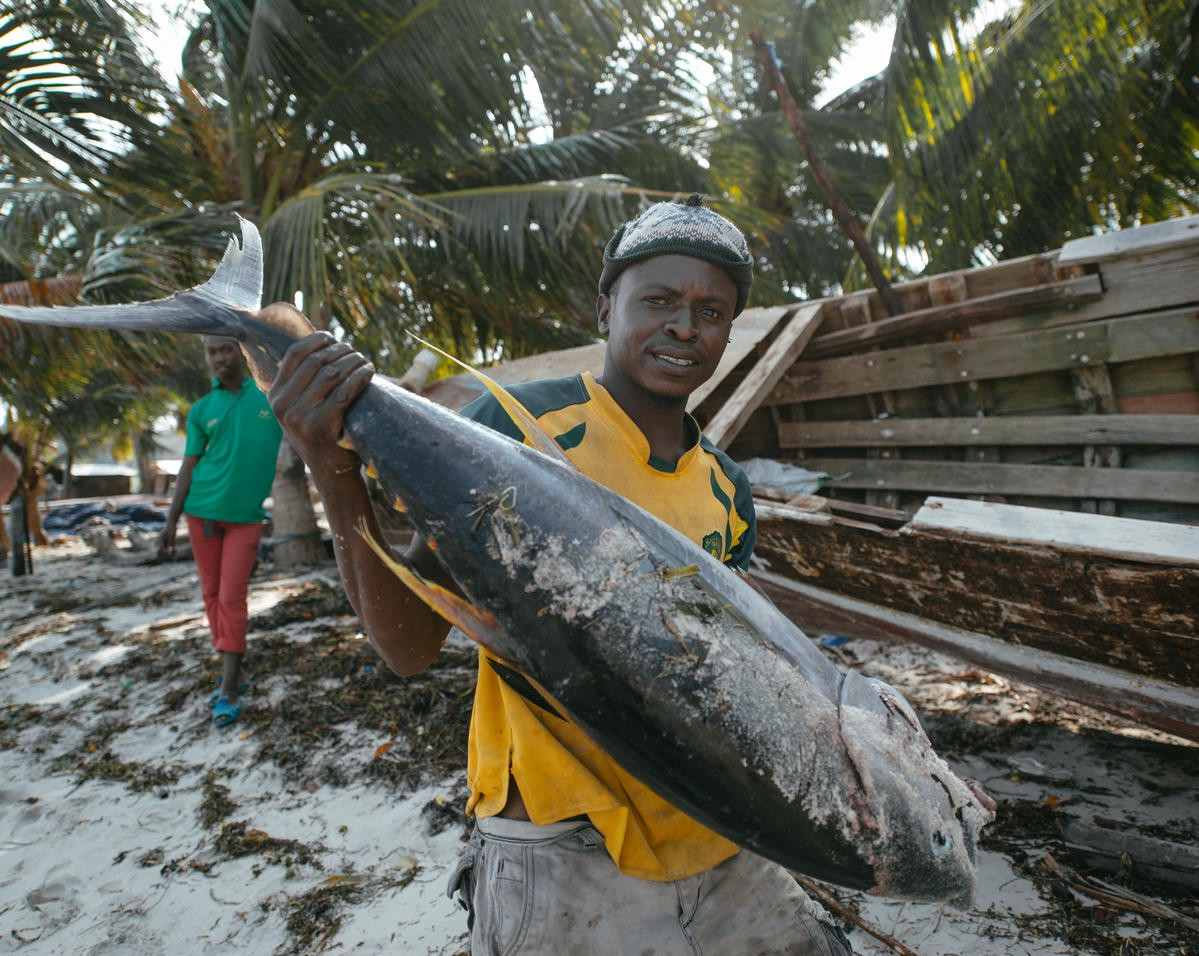 The world needs ocean-friendly fisheries, particularly for tuna, since it plays such an important role in ocean health and human well-being. Saying that almost 90% of the tuna catch is from sustainable stocks is an unhelpful over-simplification, lulling policymakers into a false sense of security. They think they have plenty of time to implement incremental reforms, when in reality we need to be on an aggressive timeline to rebuild spawning stock biomass to 40%. WWF is determined to have a more objective and critical approach to assessments of stock health and demand that RFMOs do their part. Our new tuna strategy lays out an approach that will help ensure tuna can play their vital role in ocean and human health for future generations.

This article was originally published on Medium.

It’s Not So Simple: Debunking 5 Myths about Healthy and Sustainable Diets

There are few things more confusing than deciding which diet is best for people and planet. There are many oversimplified solutions, and heavily promoted remedies, but when it comes to food, it’s not so simple.