Fundamentals of life – the inseparability of food and water 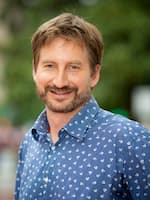 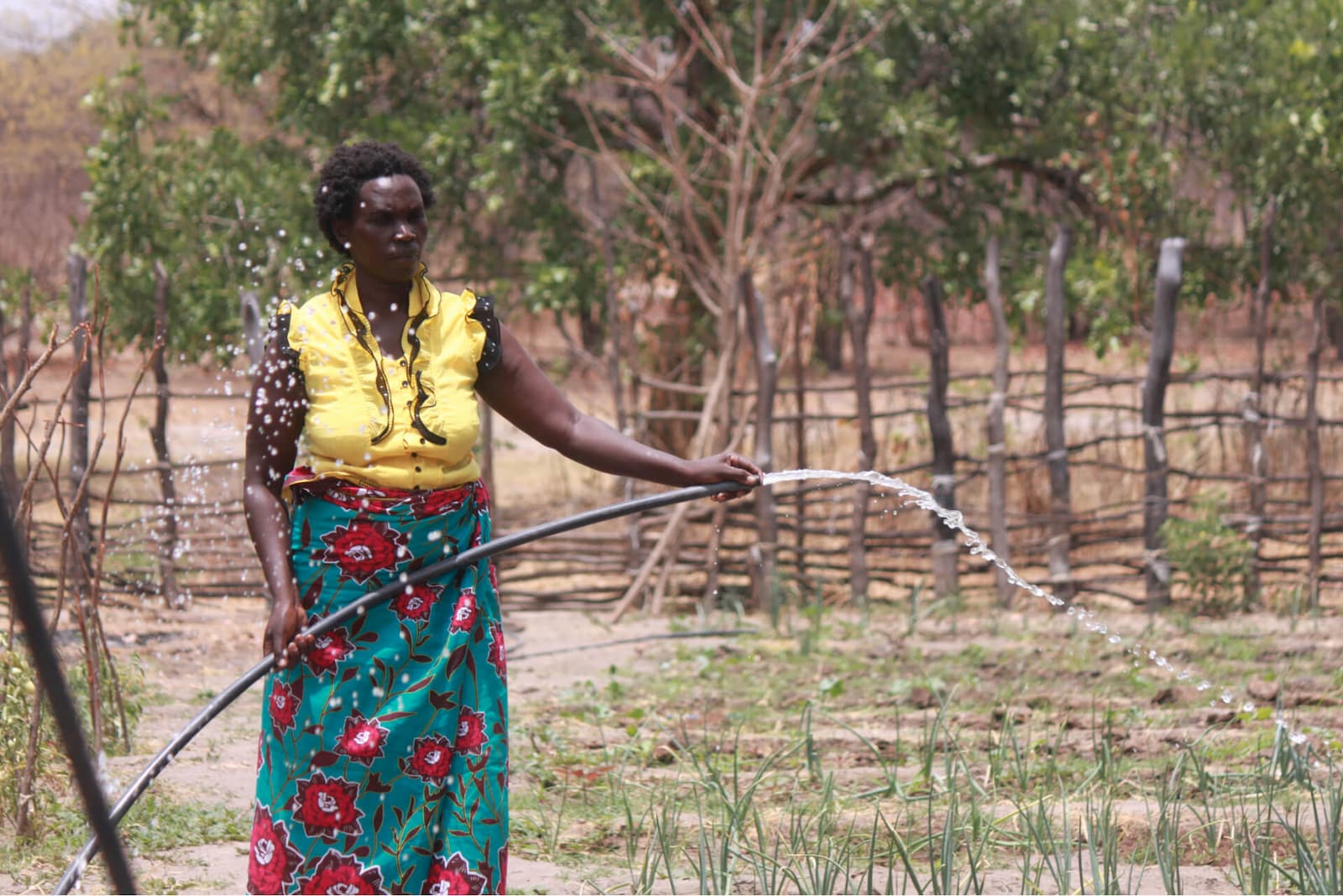 When you sit down for dinner tonight, pause a moment to look at what’s in front you. Probably a plate with a few different food items – some carbohydrates, some proteins, perhaps a mix of ingredients from local farms and some from other continents. And most likely sitting right next to your plate is a glass of water – or perhaps juice or tea, wine or beer (but those are mostly water).

Food and water, two of the most fundamental needs for life. Though we may split them into these two basic categories, they are absolutely intertwined and inseparable. It takes a lot of water to grow food and so food security rests on a foundation of water security. The various foods on your plate are indicators that farmers somewhere had the right amount of water at the right time, whether in the form of rain or irrigation, to produce them for you.

And while the availability of food is tied to water, it works the other way too. The abundance and health of water as a resource—required by people and by animals and freshwater ecosystems—is strongly linked to food production. What we grow and how and where we grow are among the most important influences on the world’s water – its quantity, quality and the overall condition of freshwater ecosystems.

Because you have choices in terms of what goes on to your plate, that means you have some influence on what is grown by food production systems. Thus, your food choices can ripple through these systems and either contribute toward increased degradation of freshwater resources or help to repair and restore them. And urgent action is required. Freshwater ecosystems are facing unprecedented threats with rivers, lakes and wetlands continuing to be dammed, drained and degraded across the globe. Freshwater species populations have plummeted by 84% on average since 1970.

Over the half the world’s population could be living in water stressed areas by 2050.

To understand how your food choices influence water resources—and climate, land and biodiversity—WWF released Bending the Curve: the Restorative Power of Planet-Based Diets. The phrase “planet-based diets” emphasizes that people can make food choices that reduce environmental damage and even contribute to restoration. A planet-based diet is also one focused on human health benefits.

Before exploring the potential for a planet-based diet to improve water resources, let’s explore how food production currently impacts water resources and ecosystems.

Simply put, among human activities, food production is the biggest influence on water quantity and quality across the planet. Food production represents 85% of all water consumed by our activities – that is, food production alone consumes nearly six times as much water as everything else combined – such as household and industrial uses and energy generation. This use of water for food production, such as diverting water to irrigate crops, can deplete the flow of rivers, even drying them up, accelerating the loss of fish populations in water-stressed regions, such as the western United States.

Food production also has outsized impacts on water quality. Eduardo Mansur, Director of the Land and Water Division of the UN’s Food and Agricultural Organization, notes that, “In most high-income countries and many emerging economies, agricultural pollution has overtaken contamination from settlements and industries as the main factor in the degradation of inland and coastal waters.” This pollution includes runoff of fertilizers into rivers, lakes and coastal areas, triggering harmful algal blooms that degrade water supplies and freshwater ecosystems.

These stresses on water quantity and quality are projected to intensify in the coming decades.

Without major improvements in water productivity or changes in production patterns, the International Water Management Institute (IWMI) predicts that the volume of water consumed by agriculture will increase by between 70-90% by 2050. Climate change will further increase the challenge of ensuring enough water for food production, including more erratic precipitation and increased frequency of droughts. Meanwhile, more intense rainfall events can increase the runoff of fertilizer into downstream water bodies.

Shifts in dietary choices do have the potential to influence how much water is used in various food production systems. For example, consider the potential reductions in water use in the United States, a country with large areas of irrigated agriculture. The analyses in the Bending the Curve report show that total agricultural water use in the U.S. could be reduced by approximately 10% through shifting diets away from current consumption patterns and toward the National Dietary Guidelines, or a flexitarian diet.

However, translating a shift in diets to more sustainable water management, including making more water available to the environment, will require governance systems that can ensure water improvements are allocated to other beneficial uses.

There is a common perception that water-food challenges can be solved simply by increasing the efficiency of irrigation, or “more crop per drop.” However, it is rarely that simple, and investments in irrigation efficiency can even result in an increase in regional water consumption. First, investments in irrigation efficiency usually increase crop yield, meaning more plant biomass and the amount of water used by plants increases with biomass. Second, when water is saved through efficiency measures, farmers often implement economically rational actions that utilize the saved water, such as expanding the irrigated area or the number of crops grown per year or switching to a more profitable but more water-demanding crop.

Governance systems can translate water saved through improved agricultural practices into better outcomes for other water users, including the environment. For example, in the Whychus Creek valley in Oregon (USA), a range of governance mechanisms allowed improvements in irrigation efficiency to be converted into improved stream flows to maintain fish populations, including steelhead trout, listed as a threatened species under the U.S. Endangered Species Act. Beginning in the 1990s, conservation groups engaged with the local irrigation district in a program to purchase water rights and restore environmental flows. The district replaced irrigation ditches with pipes to reduce the conveyance losses and sold the water rights to the saved water. The conservation organizations and resource agencies dedicated the rights to the previously diverted water to “instream flows” to benefit fish. Environmental flow targets are now met 80% of the time, compared to 40% of the time prior to the program.

This example illustrates the importance of combining field-based improvements in agricultural water management with governance programs, such as the formalized collaboration between conservation organizations and the irrigation district focused on attaining a specific environmental outcome. Furthermore, Oregon has a variety of policies that promote the restoration of river flows through irrigation improvements and the transfers of water rights, emphasizing the fundamental importance of policy.

Maintaining and restoring freshwater resources and ecosystems is a multifaceted challenge, particularly in light of climate change and rising demand for food, the global dominant user of water. Solutions are possible but will require a range of actors to do their part, encompassing policy makers, management agencies, corporations, farmers and communities.

And part of the solution lies with the food on your plate and the choices you make. A planet-based diet can help shift food production systems toward more sustainable water management, with a range of other benefits spanning your own health to the climate.

The “power on your plate” extends to the glass of water sitting next to it.

Jeff OppermanGlobal Freshwater Lead Scientist, WWF
Jeff Opperman is the Global Lead Freshwater Scientist, working across the WWF network and with external partners to direct research that can strengthen conservation strategies and to integrate science into freshwater programs and projects. Jeff came to WWF from The Nature Conservancy where he served as the director and lead scientist of the Great Rivers Partnership. His scientific and policy research has been published in journals such as Science, BioScience and Ecological Applications and he is the lead author of the book Floodplains: processes and management for ecosystem services, published in 2017. He holds a Ph.D. in ecosystem science from the University of California, Berkeley and a B.S. in biology from Duke University.